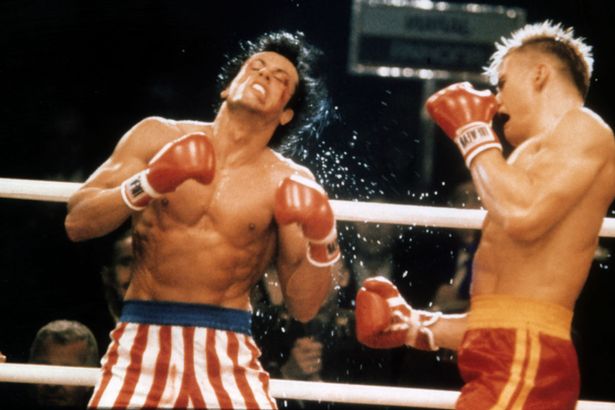 Ahgitupa, gitonuppa!  What’s it mean? Is it Hebrew or Greek? What’s the significance? Say it again. Does it sound familiar? If it doesn’t it’s ok it’s just my spelling of what I hear James Brown rappin’ at the top of one of his most famous tunes “Get Up (I Feel Like Being) A Sex Machine.  Now, if you’ve read my other blogs you might be thinking “what in the world does this have to do with spirituality or God or anything really.” In fact, you may think I’ve lost my mind but here we go, so buckle in and hold on. In the words of The Staple Singers, “I’ll take you there.”

Everybody on this planet struggles with something, right?. (If you think this doesn’t apply to you, just keep reading anyway) It’s that thing that you say you aren’t gonna do anymore but somehow we always do. For some it’s drugs and alcohol for some it’s materialism for some it’s unhealthy relationships, for some it’s pornography or food and the list could go on and on and on and on.  If you know me then chances are you know my struggles at least some of them but I KNOW I’m not alone.

The beautiful thing about this life we get to live is that God is all about helping us recover from the things we tend to hold on to that don’t give us life. He says in his word that Jesus came to give us life and give it abundantly or in some translations to give us a FULL life. That’s good news for someone like me!! I’m experiencing a little more of that full life daily.

He also says It’s the sick that need the doctor, not the well! That’s more good news for me cuz most days I fall under the category of “sick.” No matter what your struggle today just know that God absolutely loves you. It’s hard for me to imagine that he loves me being the mess I am but he keeps showing me that he does and he loves you too, so very much even when we fall short..and we all fall short.

He says in Psalm 34 that he’s “close” to the broken-hearted and those who are crushed in spirit. I’m never more broken hearted than when I fall. I find it odd that when someone falls that most people tend to run the other way. It’s like we’re saying “don’t get your mess on me” but Jesus runs right toward our mess and meets us there. My experience is that spirit filled believers seem to follow suit.

Maybe you’re familiar with the story of David and Bathsheba in the Bible. It sounds to me like a King who has everything is still unsatisfied. One day he sees Bathsheba bathing on a rooftop and in the moment decides to have his servants go get her. They bring her back and he puts on some Marvin Gaye and then we’ll, ya know. But then, it gets complicated. Turns out Bathsheba gets pregnant and is married to another man. Rather than face the other man and tell him of their mistake, King David decides to have her husband killed. What a damn mess…sounds like it turns into a Jerry Springer episode.

King David, who is supposed to be a Worship leader, a man of God falls and he falls terribly. The story gets even messier but eventually David comes to a place where he realizes he’s lost his way. He’s fallen time and then again and realizes that where he’s landed is a place that isn’t part of God’s plan for his full and abundant life. David then writes one of the most beautiful psalms he’s ever written, Psalm 51(please read it.) One of the lines says “Create in me a clean heart O God and renew a right spirit within me.” It’s at that moment that David gets back up!

It’s so easy to feel sorry for ourselves and remain full of excuses.  Jesus encountered a man like this who had been paralyzed and knocked down by life for 38 years it says in John.  Jesus asks the man “Do you want to be well?”  The man responded with a bunch of excuses as to why he couldn’t be well. Then it happened, Jesus spoke to him and set GET UP! He did just that, can you imagine how shocked he was, how shocked everyone else. No religious jargon, no ceremonies to perform, no magical waters to be stirred by the angels. It was just 2 simple words from Jesus, Get up!

The word says that a Godly man may fall 7x but they get back up again.  I think there’s probably some real significance in the fact that it says 7x but I think God has said to my spirit in these moments that he doesn’t count like we do. Whether is 7x or 47x the important thing is we keep getting back up…NO MATTER WHAT!

So, where am I going with all this? You may have seen it coming but I want to encourage those who have fallen down, I too know the pain and disappointment, the feeling of rejection. However, this is just part of our testimony, God will take this mess we’ve landed in and will use it to bring about good stuff in the life of ourselves and others. There would have never been a Psalm 51 if David hadn’t messed up!!

Romans 8:28 says that ALL things work together for the Good of those who love him and are called according to his purpose, lemme say it again ALL things. Our worst disaster, our worst failures, ALL of it!! That’s for you, that’s for me, that’s for everybody!!! So, WHEN we fall down, let’s not stay down, don’t let the enemy or anyone else keep us down. This is our moment, God is calling us to freedom, to A FULL LIFE, so cue the James Brown record and 1, 2, 3, 4… Ahgituppa, GitonUp, Gituppa, Git on up!!!